Although mechanistic studies support the potential effect of hand hygiene or face masks, evidence from 14 randomized controlled trials of these measures did not support a substantial effect on transmission of laboratory-confirmed influenza. We similarly found limited evidence on the effectiveness of improved hygiene and environmental cleaning. We identified several major knowledge gaps requiring further research, most fundamentally an improved characterization of the modes of person-to-person transmission.

In our systematic review, we identified 10 RCTs that reported estimates of the effectiveness of face masks in reducing laboratory-confirmed influenza virus infections in the community from literature published during 1946–July 27, 2018. In pooled analysis, we found no significant reduction in influenza transmission with the use of face masks

Disposable medical masks (also known as surgical masks) are loose-fitting devices that were designed to be worn by medical personnel to protect accidental contamination of patient wounds, and to protect the wearer against splashes or sprays of bodily fluids (36). There is limited evidence for their effectiveness in preventing influenza virus transmission either when worn by the infected person for source control or when worn by uninfected persons to reduce exposure. Our systematic review found no significant effect of face masks on transmission of laboratory-confirmed influenza.

No matter how strictly mask laws are enforced nor the level of mask compliance the population follows, cases all fall and rise around the same time.

Oral masks belong in contexts where contacts with proven at-risk groups or people with upper respiratory complaints take place, and in a medical context/hospital-retirement home setting. They reduce the risk of droplet infection by sneezing or coughing. Oral masks in healthy individuals are ineffective against the spread of viral infections.

Wearing a mask is not without side effects. Oxygen deficiency (headache, nausea, fatigue, loss of concentration) occurs fairly quickly, an effect similar to altitude sickness. Every day we now see patients complaining of headaches, sinus problems, respiratory problems and hyperventilation due to wearing masks. In addition, the accumulated CO2 leads to a toxic acidification of the organism which affects our immunity. Some experts even warn of an increased transmission of the virus in case of inappropriate use of the mask.

Inappropriate use of masks without a comprehensive medical cardio-pulmonary test file is therefore not recommended by recognised safety specialists for workers. Hospitals have a sterile environment in their operating rooms where staff wear masks and there is precise regulation of humidity / temperature with appropriately monitored oxygen flow to compensate for this, thus meeting strict safety standards.

“We’re seeing inflammation in people’s gums that have been healthy forever, and cavities in people who have never had them before,” says Dr. Rob Ramondi, a dentist and co-founder of One Manhattan Dental. “About 50% of our patients are being impacted by this, [so] we decided to name it ‘mask mouth’ — after ‘meth mouth.’ ”

​“Bacterial Pneumonias Are on the Rise” from Mask Wearing​

“I’m seeing patients that have facial rashes, fungal infections, bacterial infections. Reports coming from my colleagues, all over the world, are suggesting that the bacterial pneumonias are on the rise.

“Why might that be? Because untrained members of the public are wearing medical masks, repeatedly… in a non-sterile fashion… They’re becoming contaminated. They’re pulling them off of their car seat, off the rearview mirror, out of their pocket, from their countertop, and they’re reapplying a mask that should be worn fresh and sterile every single time.”

Hodkinson remarked that “social distancing is useless because COVID is spread by aerosols which travel 30 meters or so before landing,” as he called for society to be re-opened immediately to prevent the debilitating damage being caused by lockdowns.

“Masks are utterly useless. There is no evidence base for their effectiveness whatsoever,” he said. 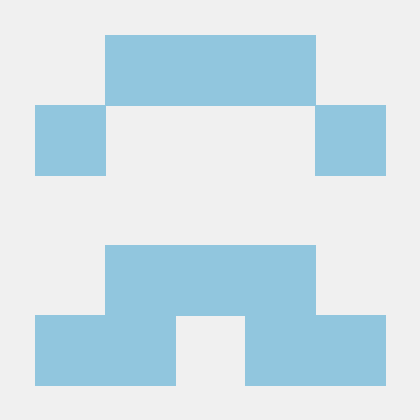